To estimate our population parameters, we need to take a random sample from the population and use an estimator (a rule that combines data to output a numerical value for a population parameter) to calculate the estimate (the numerical value taken on by an estimator for a particular sample of data). Note that every time you calculate an estimator's value, you are effectively drawing one value for it from its underlying sampling distribution. Using the same estimator on two different samples will, in general, result in two different estimates.

Ordinary Least Squares (OLS) is an estimator that chooses the estimates such that the sum of squared residuals is minimized. Note the difference between errors and residuals: error is a population value that we will never know, so we have to rely on the next best thing we have: residuals, which are the sample estimate of the errors for each observation. According to a theory known as Gauss-Markov, under the following four conditions, OLS estimators are unbiased. These conditions are: 1) the population model is linear in the parameters and error term, the sample is random in which the independent variables do not have 2) the same values and 3) a perfectly linear relationship, and 4) the expected value of the error term conditional on the independent variables is zero (i.e., ). A violation in the second or third condition results in us not being able to calculate the OLS estimates. To understand why a breach in the last condition makes the OLS estimator biased, note that the error term explains variability in the target variable that is not explainable by the independent variables. When the last condition is violated, OLS incorrectly attributes such variability to the independent variables, which causes the estimates to deviate from their actual population value. This also influences any ceteris paribus (i.e., other things equal) conclusion that we may want to draw about the effect of one independent variable on the target variable. Finally, if, instead of assumption 4, we make the less restrictive assumption of , (note that this condition is less restrictive than assumption 4 because it requires that only each be uncorrelated with u, whereas assumption 4 requires any function of s be uncorrelated with u) then OLS estimators will be only consistent instead of unbiased. 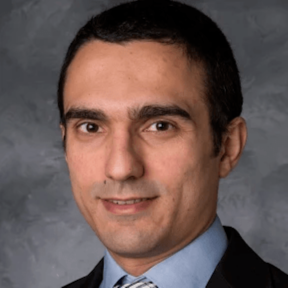 Objectives
you learn the assumptions behind linear regression and, more importantly, what will occur if those assumptions are violated.
Potential Use Cases
refreshing knowledge on linear regression, preparing for job interview questions
Who is This For ?
BEGINNERpeople entering the field of data science and data scientists who think stat is their weak point