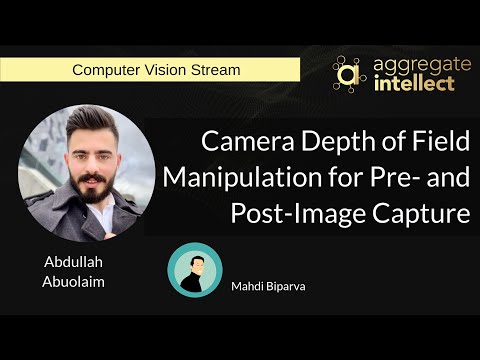 Defocus blur arises in images that are captured with a shallow depth of field due to the use of a wide aperture. Correcting defocus blur is challenging because the blur is spatially varying and difficult to estimate. We review an effective defocus deblurring method that exploits data available on dual-pixel (DP) sensors found on most modern cameras. DP sensors are used to assist a camera’s auto-focus by capturing two sub-aperture views of the scene in a single image shot. The two sub-aperture images are used to calculate the appropriate lens position to focus on a particular scene region and are discarded afterwards. We introduce a deep neural network (DNN) architecture that uses these discarded sub-aperture images to reduce defocus blur. A key contribution of our effort is a carefully captured dataset of 500 scenes (2000 images) where each scene has: (i) an image with defocus blur captured at a large aperture; (ii) the two associated DP sub-aperture views; and (iii) the corresponding all-in-focus image captured with a small aperture. Our proposed DNN produces results that are significantly better than conventional single image methods in terms of both quantitative and perceptual metrics – all from data that is already available on the camera but ignored.